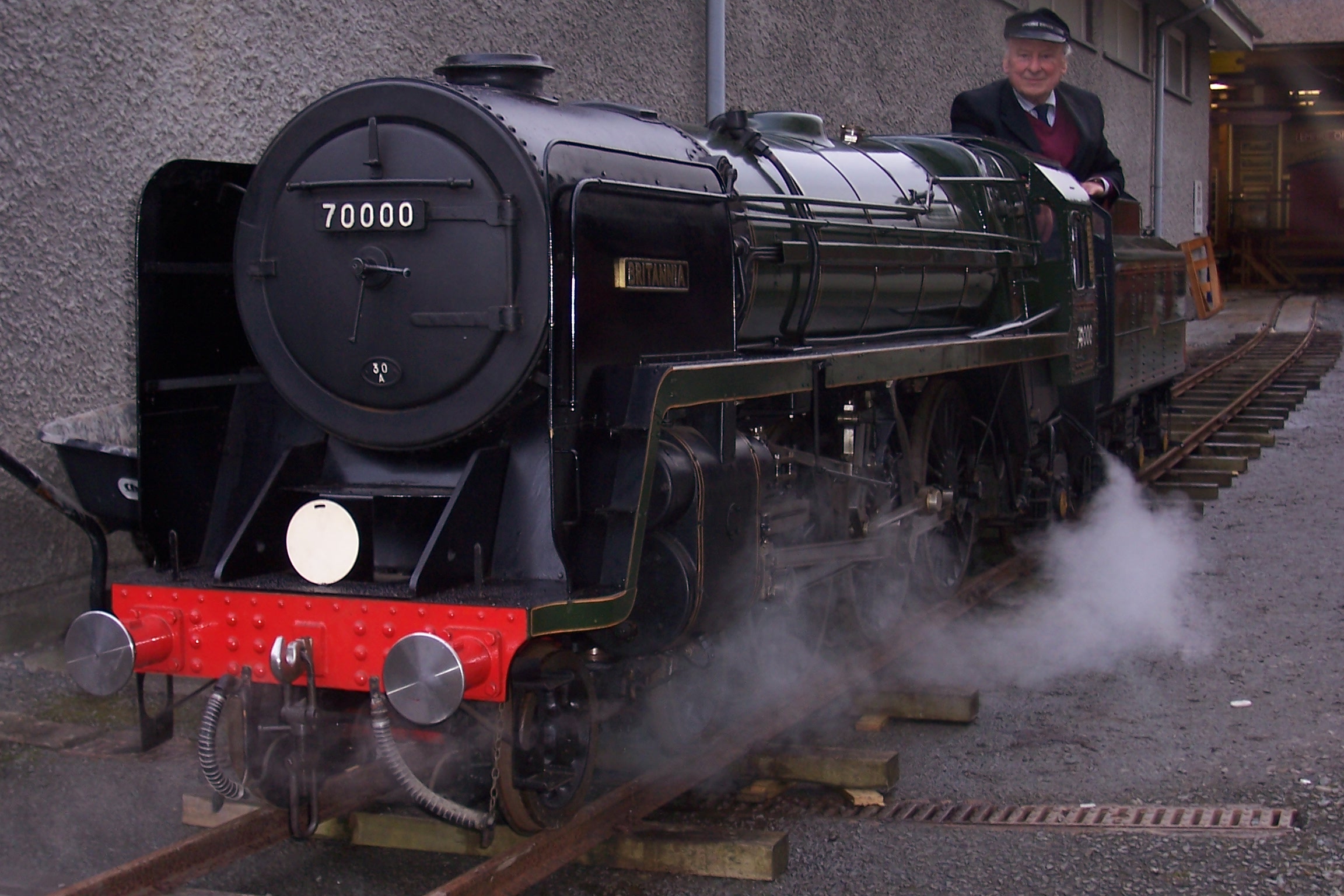 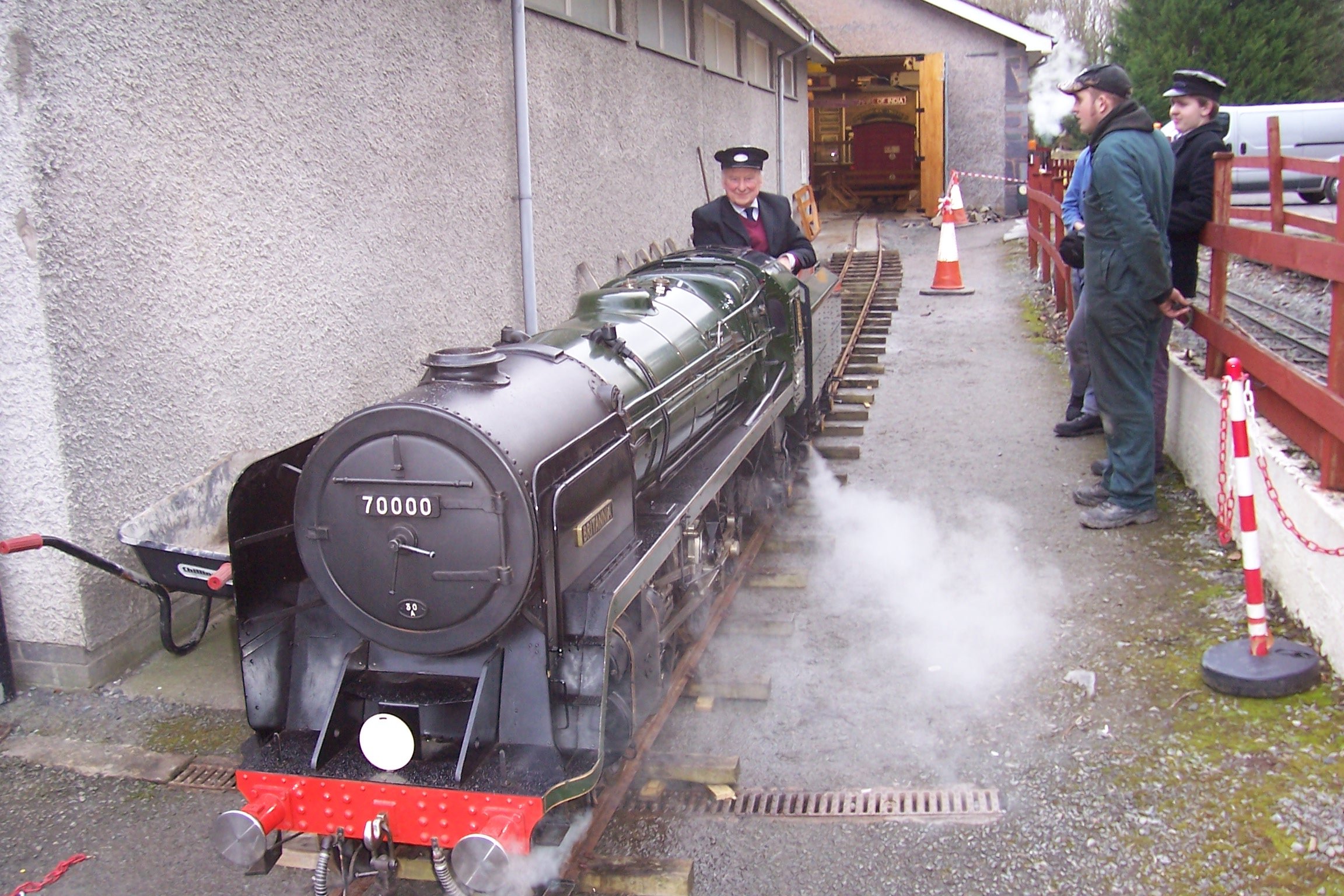 Britannia is the star of our museum, built over a 28 year period her construction began in 1960, by Longfleet Engineering Co in Poole, Dorset. During the construction British Railway drawings were used to guarantee that Britannia is accurate in every detail. In 1965 following the passing of the customer, the chassis and parts were purchased by an ex-South African engineer and were transported to the Isle of Wight. They laid untouched for a further 20 years before being discovered by a railway enthusiast and contact was made with Colin Cartwright whom purchased her. The completion of Britannia was commissioned to TMA Engineering of Birmingham and in August 1988 she was ready for boiler test and steam trials.

Following completion she was loaned to the National Railway Museum in York before being brought home to Betws-Y-Coed. She is steamed occasionally and runs on a short demonstration line outside the museum.